PRESERVE HISTORIC STONEWALLS! Protect the Colonial History of Your Town! 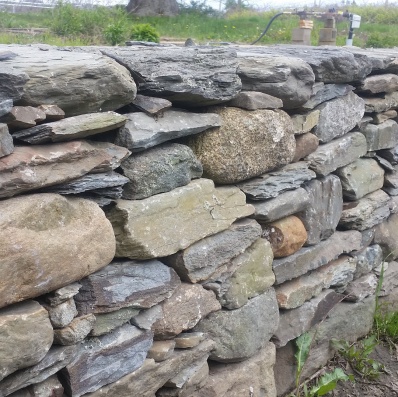 The History of the Stone Wall Initiative...

The SWI was co-founded by Robert Thorson and Kristine Thorson during the summer of 2002 to coincide with publication of Stone by Stone: The Magnificent History In New England Stone Walls , which recommended a more scientific approach toward understanding them, argued for their greater protection as a cultural and ecological resources, and encouraged readers to respond and share with each other. Since its founding, thousands of individuals contacted the SWI by phone, letter or email. Thousands more heard Professor Thorson give Programs at community gatherings, annual meetings, schools, and conventions. Thousands, perhaps even millions, more have read articles and reviews in newspapers and magazines, seen him on television, or heard him on NPR radio affiliates, or seen the documentary Passages of Time, which chronicled the effort. This ten year "active phase." is now largely complete.

Because there has never been a budget, it took three full years for the SWI to get out an email neswletter to its members; meaning those who felt empowered to advocate more strongly for the conservation of what is increasingly being recognized as a cultural and ecological commons. Along the way, and at the request of members came publication of Exploring Stone Walls: A Field Guide to New England's Stone Walls in 2005. This book was written to provide answers to thousands of questions asked of Professor Thorson by stone wall enthusiasts. Its purpose was: (1) to lay the groundwork for a science of stone walls; (2) to provide a language for describing and classifying walls for the purpose of inventory and management, and (3) to stimulate the New England culture-tourism economy.

To strengthen its public outreach and archival efforts, the SWI merged with the Connecticut State Museum of Natural History in the spring of 2005, operating out of the former Office of the State Archaeologist. The SWI also established a mutual commitment with the TNE Project (Teachers for a New Era) at the University of Connecticut, funded by the Carnegie Institution of New York. More recently, the SWI has been working with the University of Connecticut Foundation.

After about ten years, the SWI moved past it's active outreach phase, which mainly involved correspondence, school programs, and speaking engagements, and funded privately (and at a loss) through talk honoraria. Due to the lack of resources, the list-serve went active. The coordinator cut back on accepting speaking invitations. For the latest, interested parties are advised to check the news section of the SWI for intermittent updates.

The R.I. General Laws Lend a Hand to the Historic Stonewalls of Our Community

§ 44-3-43  Historic stone wall exemption. – The city and town councils of the various cities and towns may provide, by ordinance, an exemption not exceeding five thousand dollars ($5,000) of valuation for any parcel of real property on which is located an historic stone wall(s); provided, that the wall(s) is fifty (50) or more feet in length, at least three (3) feet high, structurally maintained and free of noxious weeds and vegetation. For purposes of this section, an "historic stone wall" is a vertical structure of aligned natural stone built before 1900, normally constructed to designate a property boundary or to separate agricultural activities within a farmstead.

(a) This section shall be known as the "Leona Kelley Act."

(c) of this section, and any person convicted of the theft of an historic stone wall, or portions of a wall, shall be subject to the penalties for larceny as provided in § 11-41-5.

(c) For the purposes of this chapter, "historic stone wall" is defined as a vertical structure of aligned natural stone, originally constructed in the 17th, 18th, 19th or 20th centuries, to designate a property boundary between farmsteads or to segregate agricultural activities with a single farmstead or to designate property lines. This definition includes new stone walls which closely approximate the appearance of adjoining stone walls with respect to coursing, stone type, joint width, construction and distribution of stones by size.

(d) Anyone convicted of the larceny of an historic stone wall, or portions of a wall, or convicted of attempt to commit larceny, shall be civilly liable to the property owner for the cost of replacing the stones and any other compensable damages related to the larceny.

(e) Any person who makes any plea to a charge under this section, or any person found guilty or convicted under this section, may be ordered to make restitution as a part of his or her sentence and/or disposition. That restitution shall include, but not be limited to, the value of the historic stone wall or portions of it, the reasonable value of any labor and other materials necessary to repair and/or return the wall to the condition it was in prior to the theft, and any other reasonable expenses that, in the discretion of the sentencing judge, are necessary to do justice in disposing of the case. This section is in addition to any other sanctions a sentencing judge may impose in his or her discretion. 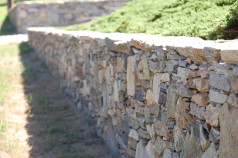 § 45-2-39.1  Theft of historic stone walls. – (a) For the purposes of this chapter, an historic stone wall shall be defined as "a vertical structure of aligned natural stone, originally constructed in the 17th, 18th, 19th or 20th centuries, to designate a property boundary between farmsteads or to segregate agricultural activities with a single farmstead or to designate property lines." This definition shall include new stone walls which closely approximate the appearance of adjoining stone walls with respect to coursing, stone type, joint width, construction and distribution of stones by size. 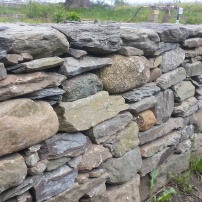 Recent actions by several Rhode Island towns to enact ordinances to protect stone walls are seen as an important tool to protect our colonial heritage from being destroyed by developers and miners. For certain, there is a problem out there in certain instances when an old wall is destroyed for the sake of a few dollars.

Let’s take a look at the issue. First of all, there is a website at the University of Connecticut run by Professor Bob Thorson, who has written three books on the origin and meaning of New England’s stone wall heritage.  Professor Thorson recently addressed the Scituate Conservation ommission’s annual meeting, where he described New England’s stone walls as our “pyramids”, in that the cumulative effort it took to build all these walls should be honored by their protection.

Existing protection of stone boundary walls is indirectly provided under Chapter 34-10 of the RI General Laws, where a stone wall property boundary is considered a fence. Towns are now incorporating stone wall protection in their subdivision review process, with varying degrees of success, and several towns have passed protection ordinances for walls along public ways and those of historic value in the community.

Following is an excerpt from the UCONN stonewall website:

There is a strong, growing, and recent trend towards greater protection of stone walls, especially in New England where they are signatures of the rural landscape. The movement is supported at all levels by individuals, non-profit organizations and local governments.  Specific actions are often ad-hoc, and are not yet coordinated by regional planning agencies and state governments.

Government is involved at many levels. The best place to start would be to contact your designated Town Planner. They can be reached through the town manager's office or through the blue pages in the phone book. The typical way in which towns are dealing with the issue is summarized below.

• Protection is usually implemented through amendment and revisions of planning and zoning documents, or through a town's official plan of development. The revisions usually involve

• The revisions take the form of including stone walls into the previous list of criteria (or planning elements) that must be looked as part of routine environmental assessment prior to development.

For example, subdivision regulations usually require that attention be given to special historic

being incorporated as a distinct criterion in such assessments.

• Residents and Towns are also asking their State representitives to sponsor enabling legislation, which would allow towns to back up their land use protection with respect to stone walls.

The majority of walls will fall easily into one of the three basic types:  Abondoned Walls, Heritage Walls and Recent & Rebuilt Walls.  This typology is based more on gut instinct and local history than on anything simple and objective like height, width, or ornamentation. For a more rigorous stone wall taxonomy

More affectionately known as "wild walls," this type is usually fairly old; farmstead walls walls that have since tumbled and become unkempt. Very few of these (especially the oddest-shaped

constructions) may be pre-European in age. Regardless of their original origin, all have since become ruins.

More commony called "historic walls," these are important to local culture and history, the walls where, if a stone falls down, someone puts it back in place. Perhaps they surround an old church yard. Perhaps their local stories are well known. Perhaps they are monuments unto themselves. For clues, look for walls that are:

• Are the foundations of former buildings, known to have existed in the past.

• There would be public opposition if the wall were scheduled for demolition.

This broad category contains two basic subtypes. Most common are those walls where an old, tumbleddown wall on a formerly derelict property have been rebuilt, usually in the same place, usually by the landowner or a mason hired to do the job under their supervision. Almost just as common are generally shorter sections of "new" wall built on properties, usually with important stone.

Our Dedication To The Craft!

We take great pride in building beautiful works that last the ages.  Earthen-made stone is eternal and we work very hard to take the steps necessary to complete our projects in a such a way that they may also be eternal.  We now have works in the Rhode Island area that are over 28 years old!  We implore you to have a look at them and see for yourself!

SEND US YOUR PHOTOS!

The staff at StoneCraft would love to see them!  Truth is, we are in motion year-round and don't always get the best photos of our works after completion.  We encourage our clients to follow-up by sending us their photos of our works!

Searching for something in particular?  If you don't see it here, contact us and we can forward some photos or addresses of a similar project to see in person! 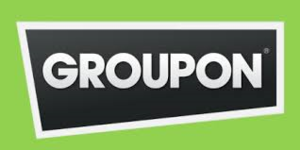