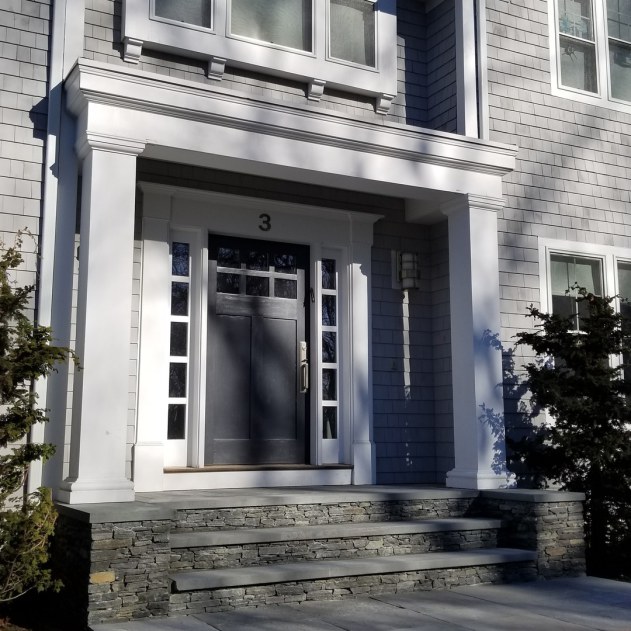 The RetroFIT process, by StoneCraft.

Depicted here is a recently completed stairwell.  The home had originally featured a concrete stairwell installed by the home's builder during construction.  Like most homeowners, the felt that the original steps did not compliment the home, so they called for some design improvement ideas.

After the free estimate and jobsite evaluation, it was decided that the stairwell was a perfect candidate for our RetroFIT process which allows us to install new footings around the existing structure and utilize the original structure as a base for the new surface... which saves a considerable amount of money by foregoing the removal of the original stairs, and allows the homeowners more choices in stone products and finishing techniques!

We find that most existing stairwells, regardless of condition allow for the process... 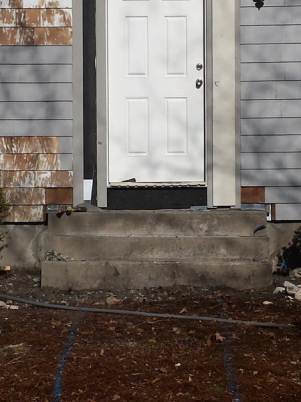 a Rustwood Drive home in Barrington

Pictured above is a 1960's era home built in Barrington, Rhode Island.  The house is built very similar to others throughout the state.  The stairs were just a poured concrete slab that has deteriorated in both appearance and structure.  Many exisiting stairwells are also built in such a way that does not conform to modern building codes.  You may find one step was built larger than another, or other deformaties that are in error.  In many cases, StoneCraft can apply an age old technique that will transform existing steps into a new stone stairwell that is code-compliant and beautiful!  This process will save the customer considersable costs of removal, prep work for the new build and the materials necessary to create the mass of the stair's inner construction. 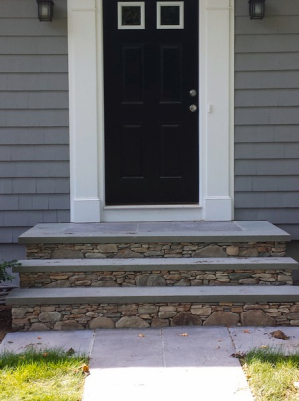 the same house..featuring the Retrofit by StoneCraft

This is the same house after the retrofit process.  In this particular project, we were in fact able to utilize the original stairwell as the base of our new structure!  The stone is a Rhode Island beach-style blend and is capped with thermal-finished, Bluestone treads.  The owner was able to save the costs of removing the original structure, the cost of the new structures inner-materials and a considerable amount of labor hours to produce what is essentially the same end result!  In this case, the owner was unaware of this construction process, and thought that spending more would be necessary to complete the task.  In the end, they not only resolved the problem... but decided to add a retrofit to the home's side-entry door and two new walkways!